We are developing the coolest business hub in the Baltic region

THE BEST COMMUNITY AND CONTACTS FOR COOPERATION

AN INSPIRING ENVIRONMENT FOR CREATIVITY AND INNOVATION

Ülemiste City is a modern district located on the territory of the old Dvigatel factory in the immediate vicinity of Tallinn Airport. Ülemiste City houses a large number of innovative enterprises and its aim is to develop the 36-hectare Smart City into the largest knowledge- based economic environment in the Baltic countries.

17.06.2019Check Out the Elegant Building to Be Built between Ülemiste City and the Airport


Mainor Ülemiste, the developer of Ülemiste City has declared PLUSS Architects winner of the architectural design competition for a 20,000 m2 office building to go up next to the new terminal building planned by Tallinn Airport.

According to Mainor Ülemiste Development Manager Ursel Velve three Estonian and one Danish architectural bureau were invited to participate in the competition to design an office building at Sepise 7. „This building has special significance for Ülemiste City, for the new terminal of Tallinn Airport will be built next to it and thus Sepise 7 will serve as the place where the airport and Ülemiste City meet,” Velve said.

„Given the location of the building the competition terms of reference included the requirement for designing a spacious and attractive main entrance. We also asked the architects to design areas for co-working and relaxing, for these are inevitable in future office buildings,” Velve noted. She explained that office buildings in the hub were named after Estonian innovators and inventors and therefore the architects had to propose a worthy name for the new building as well.

The winning work, titled „Alma Tomingas” was deemed as the best by the Ülemiste City developer’s team, employees of the companies operating in the hub, as well as the jury consisting of service designers and architects. They all liked the beautiful architectural solution, people-friendliness, and how the proposed name and the design came together.

Indrek Allmann from PLUSS Architects explained that the Alma Tomingas Building represented a new generation of office buildings. „In addition to everything that is now part and parcel of class A office buildings, we paid special attention to spatial solutions that would enhance the creativity of people working there. Whether it be a large internal atrium with balconies that shifts the border between indoors and outdoors or a so-called interactive wood, whose tropical microclimate makes it a perfect spot to meet colleagues and fight the kaamos,” Allmann said, hoping that every user of the future building would find a favourite place there.

Alma Tomingas, who is to lend her name to the building, was an Estonian pharmacist, Doctor of Pharmacy, Head of the Chair of Pharmacognosy and later Dean of the Medical Faculty at the University of Tartu, the first Estonian woman to become a professor. „Alma Tomingas helped people with her knowledge of pharmaceutics and medicinal herbs, the office building inspired by her work does the same through the designed environment,” Ursel Velve said, considering it a great honour that the first building in Ülemiste City to be named after a woman, will bear the name of the first Estonian female professor.

Mainor Ülemiste plans to start the construction of the building at Sepise 7 at the end of 2020 and complete it in 2022. The building will have one floor below ground and 12 storeys above ground.

The building was designed by Indrek Allmann and Gunnar Kurusk.

04.06.2019First Smart Traffic Signs in Ülemiste to Mark the Opening of City of the Future Professorship


Today the Tallinn University of Technology (TalTech), the City of Tallinn and Ülemiste City launched the innovative City of the Future Professorship, to be opened in TalTech this autumn. To mark the occasion, the first ever smart traffic signs in Estonia were demonstrated. They will start gathering detailed information about the city environment and traffic situation in the Ülemiste hub, which will then be used for designing the city of the future.
Read more

30.05.2019Record Year for Mainor Ülemiste with 9 Million Euros in Profits

Mainor Ülemiste AS, the developer of Ülemiste City had its most successful year ever – the 2018 sales were 8.8 million euros, up 14% in comparison with the year before and profits 9.3 million euros, a 10% increase from last year.
Read more 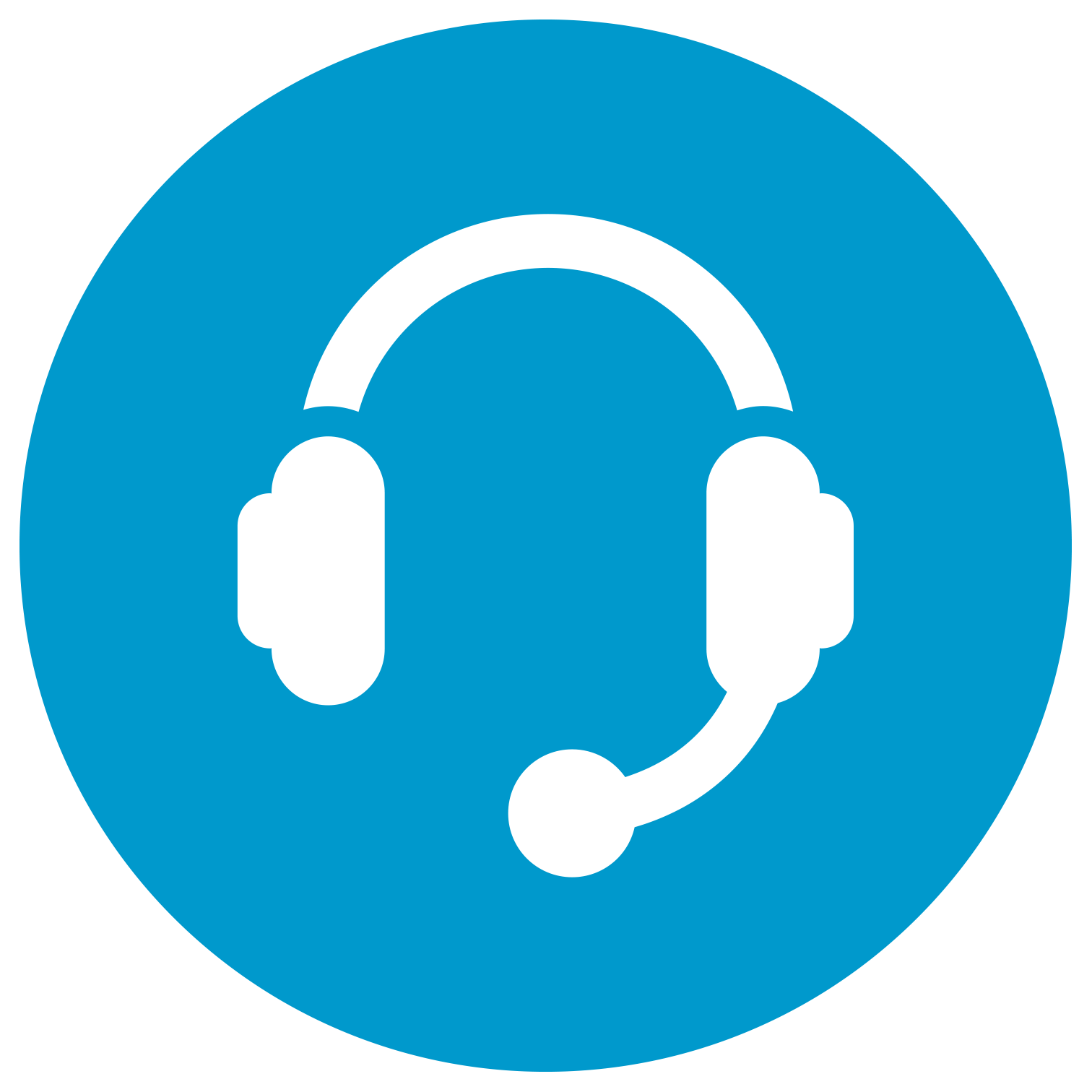 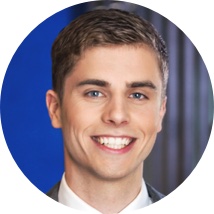 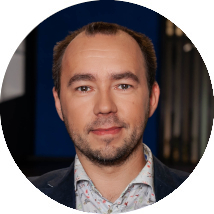 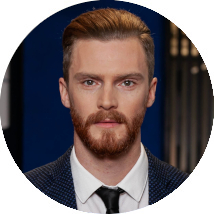 04.06.2019First Smart Traffic Signs in Ülemiste to Mark the Opening of City of the Future Professorship


Today the Tallinn University of Technology (TalTech), the City of Tallinn and Ülemiste City launched the innovative City of the Future Professorship, to be opened in TalTech this autumn. To mark the occasion, the first ever smart traffic signs in Estonia were demonstrated. They will start gathering detailed information about the city environment and traffic situation in the Ülemiste hub, which will then be used for designing the city of the future.

Chairman of the Mainor AS Management Board Kadi Pärnits explained that the professorship was created by TalTech to help Ülemiste City become a city of the future. „Through the professorship the Ülemiste campus will turn into a test bed of a sort, where data about the operation of a modern city is gathered, processed and synthesised and innovative solutions are tried out in the same setting – all with the aim of improving the environment. And the best outcomes can be used all across Tallinn and elsewhere as well,” Pärnits said, adding that the developers of Ülemiste have pledged almost 500,000 euros in support of the professorship during the next few years.


„I commend Ülo Pärnits for his foresight as author of the idea behind Ülemiste City – even today Ülemiste City is a city of the future,” TalTech rector Jaak Aaviksoo said. According to Aaviksoo, a city of the future does not mean a place full of technological gadgets, but rather a great and cool place for living and working. Technology is just there to help achieve this. „By bringing together specialists from different fields we can create even smarter solutions in architecture, construction, as well as indoor climate. That’s why we are looking for this super professor – to achieve all this,” Aaviksoo explained, hoping that innovation emerging from the endeavour can be useful for others as well.

Tallinn Deputy Mayor Aivar Riisalu said that knowledge was most important and that in this era of mixed messages the city needed specific knowledge in order to make rational and fact-based decisions. „It is essential for Tallinn to contribute to the new City of the Future Professorship along with Ülemiste City and TalTech; in so doing our decisions will be based on real knowledge, not on someone’ moods or superstition,” Riisalu added.

The smart traffic signs for Ülemiste City are the first of their kind in Estonia, designed and developed by Bercman Technologies, an Estonian company. The signs have cameras and sensors to measure the movement of pedestrians and vehicles and predict the trajectory of their movement. The sign will blink a warning, if the software has established a potential threat.

The cameras and sensors attached to the traffic signs shall gather data about the number of cars, pedestrians and cyclists, as well as traffic volume, the weather, exhaust gases and noise. The data will be analysed and used for developing new solutions by the scientists of the City of the Future Professorship.

The new TalTech professorship brings together research fellows, graduate and postgraduate students and an R&D working group, who will focus on data processing and research for creating future living and working environments.

The partners of the project include the developers of Ülemiste City, TalTech, the City of Tallinn, the technology giant Ericsson and a number of other private companies, mostly based in Ülemiste City.

30.05.2019Record Year for Mainor Ülemiste with 9 Million Euros in Profits

Mainor Ülemiste AS, the developer of Ülemiste City had its most successful year ever – the 2018 sales were 8.8 million euros, up 14% in comparison with the year before and profits 9.3 million euros, a 10% increase from last year.

According to Chairman of the Mainor Ülemiste Management Board Margus Nõlvak Ülemiste City has more than 10,000 employees and the hub is now larger than the town of Haapsalu. „Last year we completed the second office tower of the Öpiku Building, and could finally open Estonia’s biggest office building,” Nõlvak said. He listed other important developments of 2018: opening the parking house at Sepise 8 for more than 400 vehicles, introducing a smart parking system, which covers the whole hub, starting the construction of a full-service health centre and last but not least, the Lurich Building, which will have the first apartments in the whole hub, in addition to offices. The International House of Estonia and e-Estonia Briefing Centre were opened in the Öpiku Building – both important for attracting talent and investors to Estonia.

Nõlvak added that in 2018 the company had invested almost 18 million euros in constructing buildings and improving equipment and laid the foundation for several important future developments. The second phase of the 10-million-euro bond issue, amounting to 7.38 million euros, was conducted to secure funding for further developing Ülemiste City. From 1 February 2018 the bonds have been available for trade at the First North trading facility.